Why Practicing from an Early Age is So Important

ARTICLE BY NOA KAGEYAMA FROM HIS FANTASTIC BLOG  https://bulletproofmusician.com/blog/

As I was browsing through some old home videos the other day, I stumbled across a video of me practicing when I was maybe 13 or so.

It was horrifying on multiple levels (e.g. my kids couldn’t stop laughing at how short shorts were back in those days), but the thing that struck me most and made me wish I could reach back in time and give myself a good shake, was the way I was practicing.

I mean, I probably shouldn’t even use the word “practicing” to describe whatever it was that I was doing. It was an inexplicably frantic and disorganized mess of playing and replaying random bits and pieces of phrases as I made my way from the beginning to the end of the piece with no apparent effort to do any reflection or thoughtful problem-solving.

If my teachers had any idea this is what I was doing during the week, I’m sure they would have been horrified.

Seeing this video footage almost made me think that I shouldn’t have been allowed to practice unsupervised! In much the same way that when I turned 16 and got my learner’s permit, I could drive, but only under the supervision of a licensed driver.

It reminded me of a lecture I heard years ago, where UTexas professor Robert Duke explained how he “flipped” practicing when he was a band teacher, such that instead of him asking his students to practice, it was his students who asked him for the privilege of being allowed to practice more.

Essentially, he told his students that they weren’t allowed to take their instruments home, until he had heard them play individually and gauged whether they could practice effectively and avoid developing bad habits.

Once they demonstrated a certain level of practice competence, they were allowed to take their instruments home – but could only practice for a limited amount of time.

When they proved that they had reached the next level of practice competence, their daily allotment of practice time would increase, and so on.

I thought this was a hilariously clever tactic, but the underlying idea upon which this is based is an important one.

Can young students be trusted to practice effectively on their own?

Two Australian researchers did a study (McPherson & Renwick, 2010) tracking young musicians’ practice habits over a three-year span, to see how effectively young learners could self-regulate – or control and direct their own learning behaviors in six specific areas:

Motive: How capable are students of initiating practice on their own?
Time: How much do students practice? How effectively do they manage their practice time?
Method: What sorts of practice strategies do students use?
Performance outcomes: How capable are students at monitoring, evaluating, and controlling their playing?
Physical environment: How effectively do students structure their practice environment to minimize distractions and maximize learning?
Social factors: How much initiative do students take in seeking out help that might help them improve faster (asking questions, help from parents, etc.)?

157 families were approached, but relatively few agreed to videotape practice sessions, and fewer still followed through on a consistent basis. Ultimately, seven students’ videos were selected for inclusion in the study.

The included students were all aged 7-9. Two were complete beginners who didn’t know how to read music, while the other five had learned another instrument previously.

The practice videos spanned a 3-year period, and the researchers selected two practice sessions from the first year and two from the third year to analyze in greater detail.

Here are a few of the more interesting findings:

Even at this young age, there were clear differences in motivations for learning an instrument. Some expressed more externally motivated reasons, like wanting to be in band because their friends were doing it. Others had more internally driven reasons, such as liking music, or wanting to play specific pieces they liked.

Ultimately, the researchers found that the children who had more extrinsic reasons for learning made the least progress, while those who identified intrinsic reasons progressed more quickly. It seems that students motivated by a more personally meaningful reason to learn are more likely to engage in the kinds of behaviors that maximize learning.

Not all “practice time” was actually spent practicing. In year 1, for instance, only 72.9% of their time was spent actually practicing. They spent the remainder of time engaged in activities like looking for music, day-dreaming, etc.

As a group, they became more efficient practicers over time, but there were pretty significant individual differences from the very beginning. “Male Trumpet 1”, for instance, spent less time practicing than the others, instead engaging in avoidance behaviors like fiddling around with his instrument. As a result, it took him 3 years to reach the same level of playing that many of his peers had reached in 1 year.

The researchers suggest that tiny differences in the beginning can add up and have a significant impact on subsequent learning and students’ progress as the years go by.

As you might imagine, the beginners’ practice strategies were pretty unsophisticated. The most popular strategy was to simply play the piece through from beginning to end, which represented about 95% of their practice time.

Another finding, was that despite being asked by their teachers to repeat pieces until they came more easily, ~90% of the time, students played through a piece only once, and looked pretty content to move onto something else once they got to the end, regardless of how it sounded.

One of the key areas of self-regulation is the ability to know when you’ve made an error, stop playing, and fix it.

In year 1, most of the young learners simply ignored their pitch errors (there were so many rhythm errors that the researchers stopped keeping track). But here too there were individual differences. Some students were much more capable of noticing and correcting their errors, and played better on the second run-through of a piece, while others actually made more errors on subsequent run-throughs.

Based on their data, the researchers suggest that teachers stop during lessons and ask students to reflect and comment on the accuracy of what they just played.

This could then be the basis for teaching students strategies like mentally singing a phrase before playing it, or looking at the music to identify potential trouble spots, or remembering to think about the tempo or key before they play.

Their other suggestion was to occasionally take a momentary time-out in lessons and ask students to demonstrate how they would practice a tricky section. To see how they approach listening and problem-solving – to essentially practice practicing in lessons.

Admittedly, it’s a small sample of students, but the researchers make two specific recommendations based on the observation that while most of the students displayed the desire to practice in the videos, they didn’t appear to have the skills required to practice effectively.

In other words, while their teachers were helping them identify what to practice, the students weren’t very clear on how to practice. Students were also not so great at noticing errors and monitoring the quality of their playing.

Thus, the researchers’ recommendations to teachers were twofold:

Spend time demonstrating or modeling specific practice strategies during lessons, that students can try using at home during the week.
Find ways to help young learners reflect on the quality of their practice time. Whether through practice diaries or goal-setting exercises, help students get better at listening and evaluating their own playing, and making better decisions about what to spend time working on. Because while they may seem obvious to an experienced practicer, these are not necessarily things that students will intuit on their own. And the researchers suggest that the tiny differences that start to appear even in the very first practice sessions accumulate over time – and could very well be the difference between a student who practices harder, is more confident about their learning ability, and achieves at a higher level, and a student who lags behind.

For more amazing articles by Noa Kageyama, you can visit both his blog and his website   https://bulletproofmusician.com/ 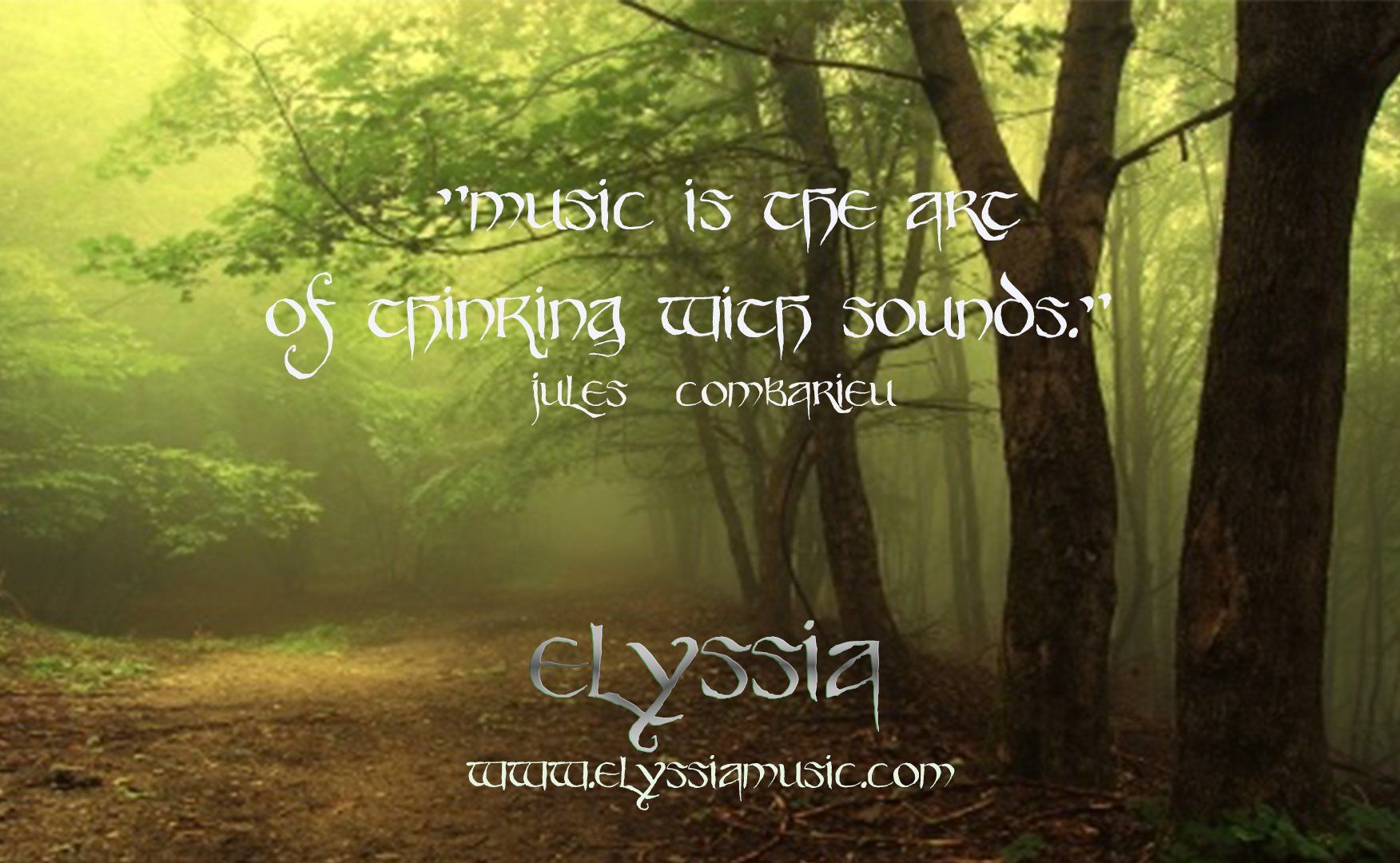 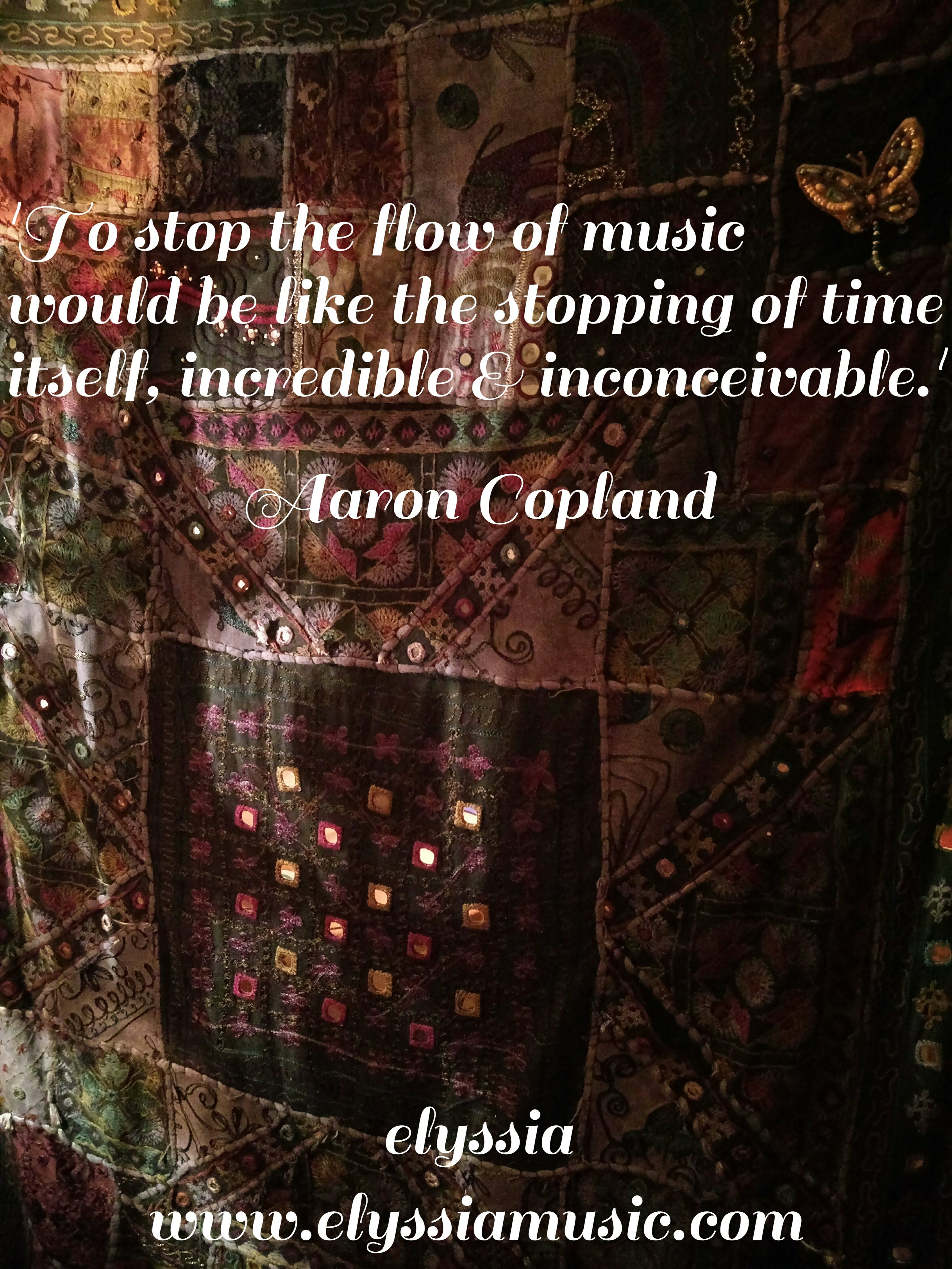 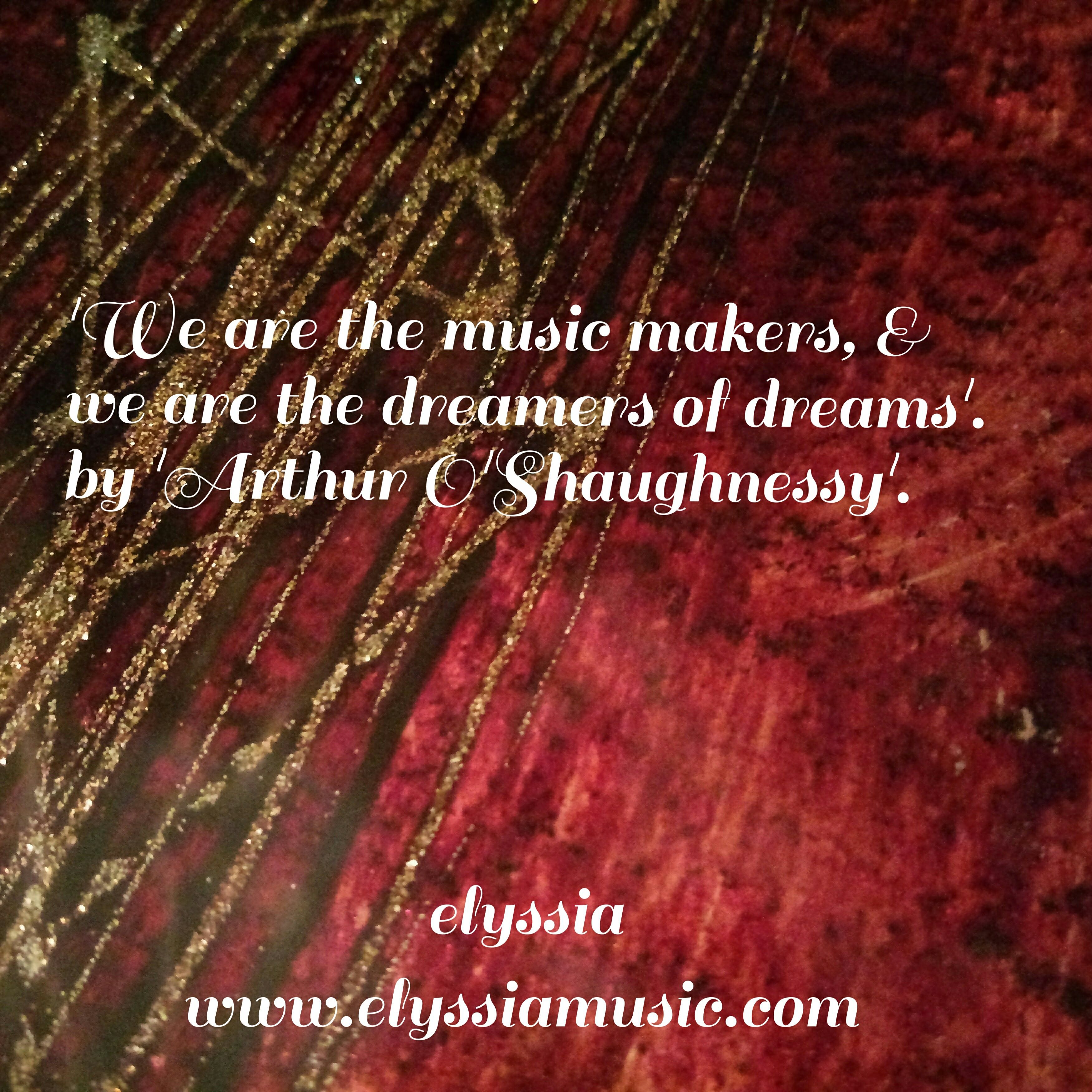 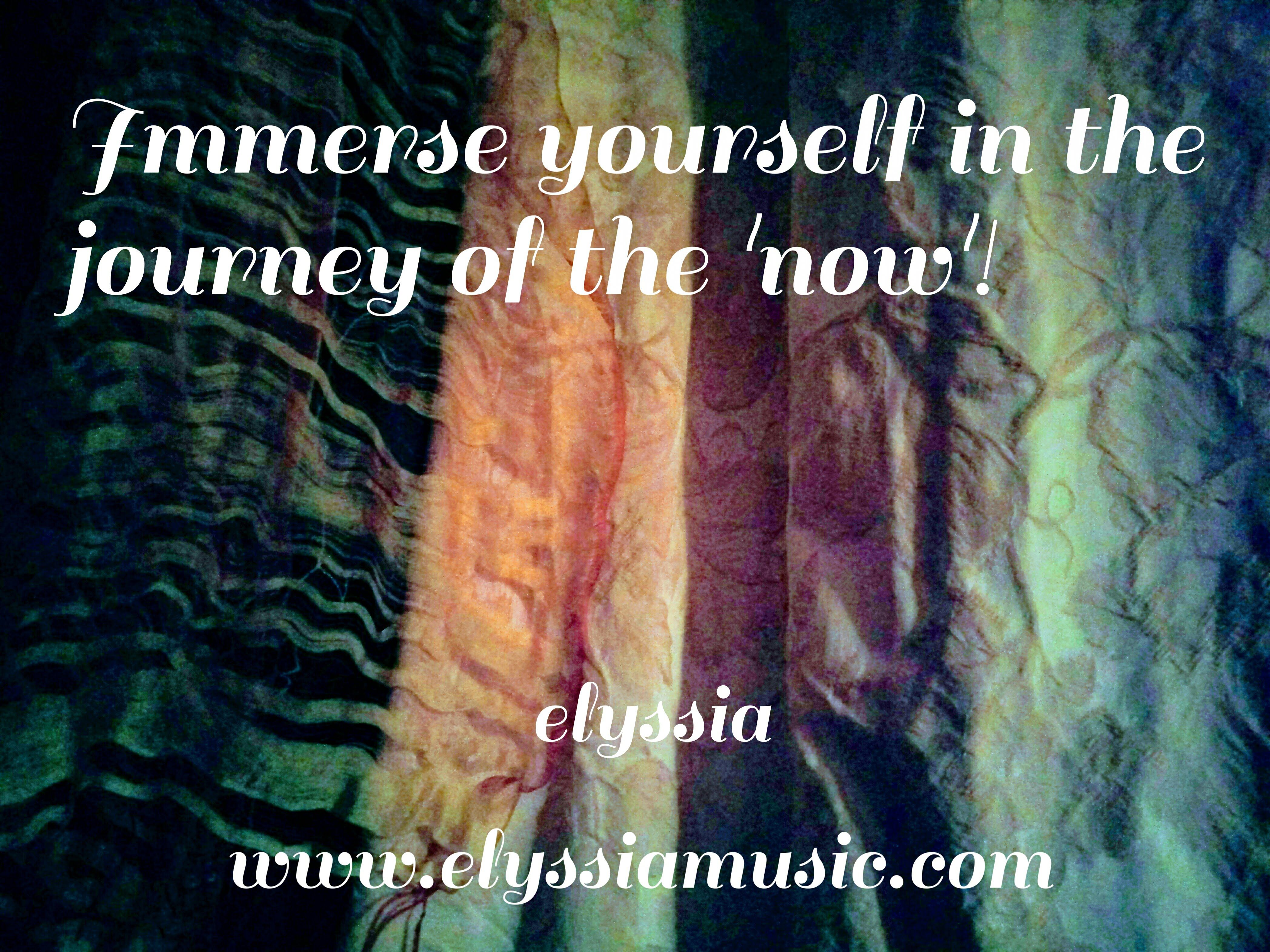 A Child's Song in the Ubuntu African Tribe by Tolba Phanem

A child’s Song in the Ubuntu African tribe

“When a woman of the Ubuntu African tribe knows she is pregnant, she goes to the jungle with other women, and together they pray and meditate until you get to “The song of the child. “When a child is born, the community gets together and they sing the child’s song. When the child begins his education, people get together and he sings his song. When they become an adult, they get together again and sing it. When it comes to your wedding, the person hears his song. Finally, when their soul is going from this world, family and friends are approaching and, like his birth, sing their song to accompany it in the “journey”.

“In the Ubuntu tribe, there is another occasion when men sing the song. If at some point the person commits a crime or aberrant social act, they take him to the center of town and the people of the community form a circle around her. Then they sing “your song.” The tribe recognizes that the correction for antisocial behavior is not punishment, but is the love and memory of his true identity. When we recognize our own song, we have no desire or need to hurt anyone.

“Your friends know “your song”. And sing when you forget it. Those who love you can not be fooled by mistakes you have committed, or dark images you show to others. They remember your beauty as you feel ugly, your total when you’re broke, your innocence when you feel guilty and your purpose when you’re confused.”
Tolba Phanem
African poet